Back Then
Although Adrenaline started playing in 1987 it wasn't until our late teens that we started tinkering with our equipment. The first WDP Angel had a horrible trigger with only 1 set screw. So we made a new trigger with a 3-way adjustment and 3 spring strengths in the bag. We then did the air assist, stainless hammer, and mod after mod until we decided to make our own Angel. It had the most advanced milling on a paintball gun at the time of its debut (1st 4 axis). A feat we repeated with the release of our LCD. We then made an Impulse that was radically different from the stock Impulse (1st 5 axis). From 1999 to 2004 Adrenaline was the premiere manufacturer of high-end paintball guns. To this date, no production gun has sold for more than Adrenaline guns did in the early 2000s and most still sell above $500 and $1000 on eBay nearly 20 years later. Also helping our brand was that our two pro teams we sponsored won about everything on Earth during the time they used our guns. In late 2004 we decided to step about from the sport after almost 20 years. We signed a non-compete but retained certain rights that we could start using again in 2015. However, all of us knew we would never make guns again.

Now
After witnessing the ICC in the summer of 2017 we decided to start playing again. Our first event was the Southern Classic in December of 2017. For that event we used $175 mechanical guns that, while nice, wasn’t quite good enough for teams trying to compete at the top level. We decided to make our own gun from scratch on the drive home. Fortunately, a few weeks later we heard that Shocker Paintball was making a mechanical shocker with a pivot type trigger. We decided to wait.

In March of 2018 we began testing various modifications to the Shocker CVO and Shocker XLS platforms. With massive support from various Facebook groups and prior gun owners we decided to make the first Adrenaline gun since our Impulse debut. With more modifications than even our Impulse and nearly a year from initial design to shipment the Adrenaline Shocker CVO and XLS was a huge success. With the release of the Adrenaline Luxe we are once again making the best paintball guns on Earth.

About Us
We were lucky that the core of our team was comprised of a master gun tech, inventors, a machinist, and a tech guy. Further, almost all of those guys also had a near OCD attention to detail. Nearly 20 years later the same core group of guys that made the Angels and Impulses worked together to develop the Adrenaline Shocker and Adrenaline Luxe. Each new gun project usually takes approximately 18 months in research and development. We hope you appreciate the attention to detail.

We were one of the first to do full custom in 1997 and we're about the only place left for full custom non-cockers. You dream it up and we can make it happen.

The Ironmen won the NPPL Pro 10-man title with our guns in 2000 and since then we've continued to sponsor top professional teams and athletes. Look for the 24k gold bolt pulls. 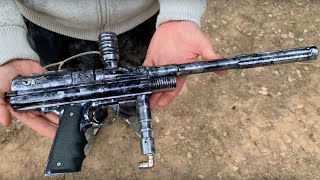 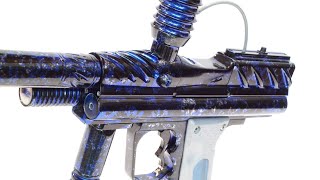 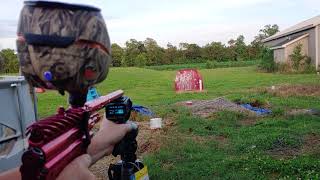 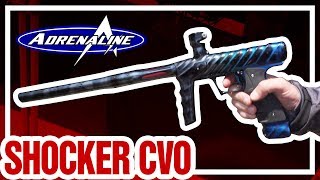 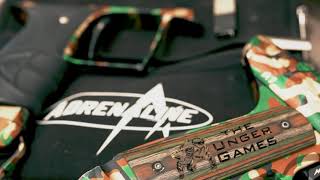